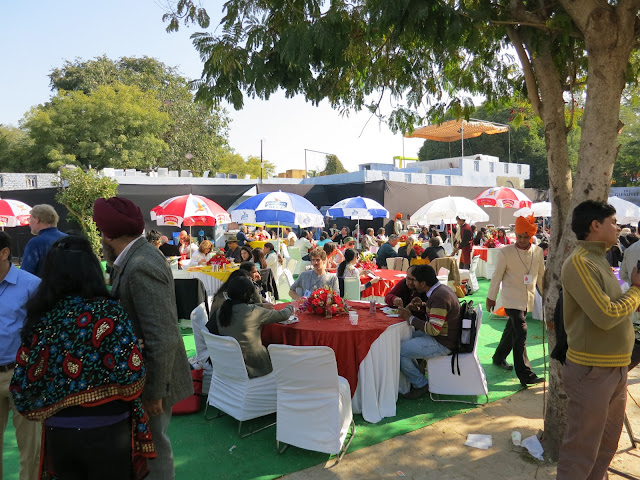 
"(1) I can’t conceive of a discussion like this taking place in America. Here in India where religion and religious identity is important, it is perfectly ok, to be extremely critical of religion and a belief in God. In America, I think that discussions like this at major public event would never happen."


"(2) It is critical to remember that the book “Satanic Verses” is banned in India."

"(3) The fundamentalist issue is huge (both Hindu and Muslim fundamentalist). Violence is a tactic used by both groups against perceived and real threats and insults".

@Michael Life is full of contradictions. These opposing viewpoints are not inconceivable...

Cliff - terrific reports from the 'front'. The Jaipur festival is now officially on my bucket list. Can't wait to hear even more about it.

Very interesting!
Discussions like this certainly are held in public events in the U.S., though perhaps not in "major" ones.
Thanks Cliff,
Vic