No RUSH to DIE 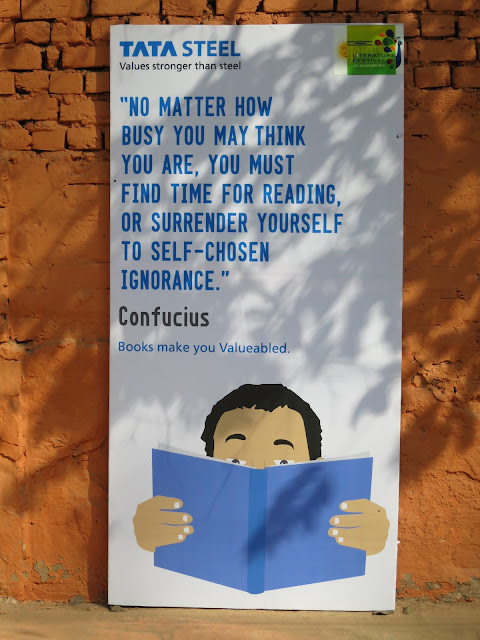 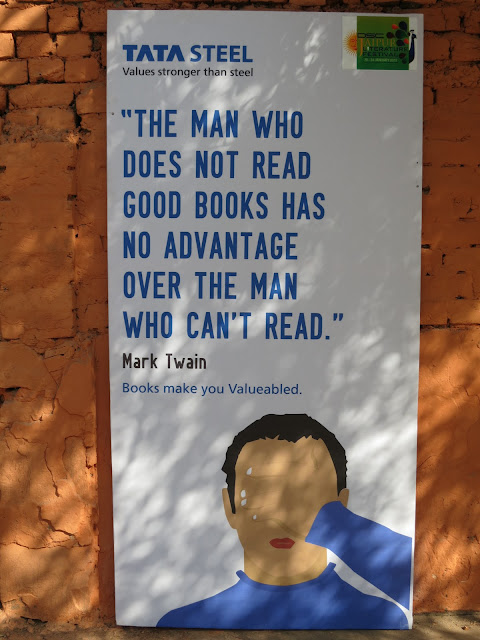 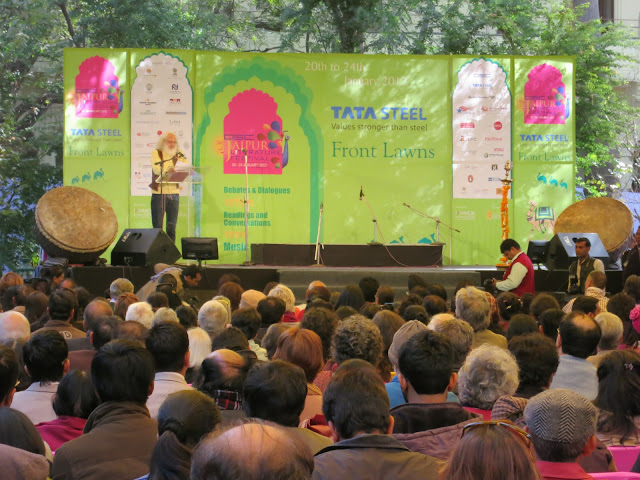 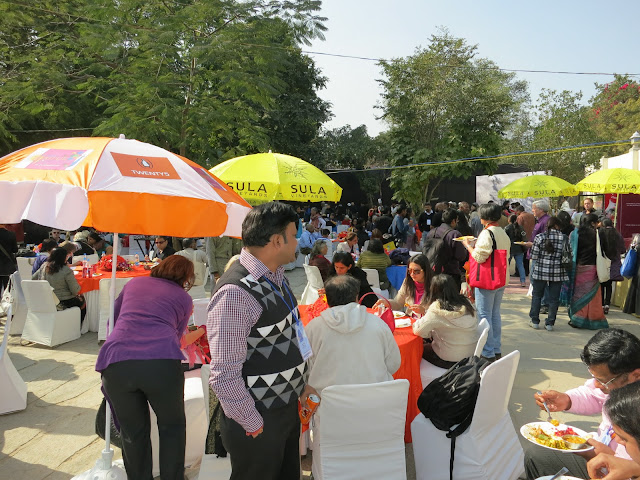 Today was the first day of the Jaipur Literary Festival. This is the biggest literary festival in South East Asia, and we will be attending all 5 days. It is set on the grounds of the Diggi Palace here in Jaipur. There are about 5 different venues located around the palace grounds. The itinerary is filled with speakers and at any given hour there is a choice of 5 different events to go to. We have tried to do our research to make sure we hear the speakers that appeal to us.

Like all of India, there are more people here than space to move and it is quite crowded moving from venue to venue. Most of the events are held outdoors, only one is inside the palace (which has been converted into a Hotel).

The scandal of the event is that the Government has requested Salmon Rushdie not to appear. There is an election coming up and his presence would have been a political hot potato. The attendees and the festival organizers are very upset and feel this is a great blow to Indian Literature and freedom of speach. At one of the seminars we witnessed an amazing response to this issue. The book that caused the Fatwa death threat on Salmon Rushdie was The Satanic Verses. The book is banned in India and no part of it has ever been read aloud in India for fear of Muslim extremism. At an afternoon session that we attended, the authors Hari Kunzru and Amitava Kumar, as a protest against not allowing Rushdie to attend, started to read from The Satanic Verses. Kunzru read a section. Then there was a pause of several minutes while an offstage person interacted with Kumar. Kumar announced they had been advised not to read any more from the book. The audience of course loudly bood the authorities. This is not idle issues. There is tough security to get into the venue. One passes through metal detectors, pat downs and then more metal detectors. Terrorism is real here. Someone must have alerted Rushdie that they have read from his book, because shortly after Kunzru had read his passage, he read an email he had received on his phone from Rushdie thanking him for reading it. This all was happening in real time as we sat in the audience. Later Kumar read an absolutely hilarious section of The Satanic Verses in disobedience of the advice previously given. Ironically for me, I have tried to read Rushdie and have never been able to finish reading one of his books. On stage they also mentioned how difficult his writing can be. I am sure that his critics have not read his book either!

David Remnick, the author of a recent history of the Obama Presidency gave a talk entitled “The Disappointment of the Obama Presidency”. Turns out David isn’t that disappointed, especially given the obstacles he was up against. In typical Indian fashion, as David was talking a nearby cow kept belching. I love the New Yorker, however, we both thought that Remnick, was a condescending, arrogant, speaker and were very disappointed in him. He did however say one thing that we hope is true. He thinks Obama will win re-election because of the far right Republican Party positions. Sure hope he is right.

We stayed until about 7:30 and returned to the hotel for dinner and wine.

Tomorrow we return to palace for more literary experiences.
Posted by Cliff at 3:37 PM